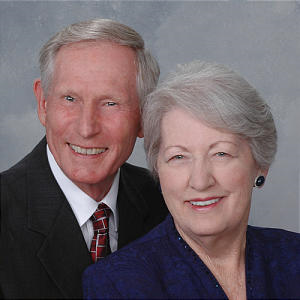 Erwin Dale Cluff, 85, graduated from mortality May 11th, 2022, following his beautiful wife four months after her death.  His funeral service will be held at 11 AM on Thursday, June 2nd at the Church of Jesus Christ of Latter-Day Saints at 8710 Lexington Drive in Colorado Springs, Colorado, 80920.  Visitation will be from 10:00 – 10:45 AM.  If you would like to send flowers, please visit https://www.trilakesfuneral.com and click on the “Send Flowers” link.

“Dale” was born on April 15th, 1937 in El Segundo, California to Melvina and Lavon Harvey Cluff.  He served a two-year church mission in the East Central states in the United States at the age of twenty.  Following his church mission, he enlisted in the military and served in the Army, where he served as a Company Clerk in Marina, California.  This is where he met the love of his life, Elizabeth Millet.  Dale and Beth married in the Salt Lake City, Utah Temple on October 28, 1960.  They raised six children – four boys and two girls.

Dale dedicated his life to the Lord and family.  He served faithfully in many church callings, such as Bishop, Patriarch and as President of the Lubbock, Texas Temple for 5 ½ years.  He enjoyed playing racquetball and basketball, as well as hiking.  He spent his last six years caring for his dear Beth from her onset of Lewy Bodies Dementia until her passing on January 15, 2022.  He anxiously awaited their reunion.

To send flowers to the family or plant a tree in memory of Erwin Dale Cluff, please visit our floral store.

A Memorial Tree was planted for Erwin

Join in honoring their life - plant a memorial tree

Video is available for this event